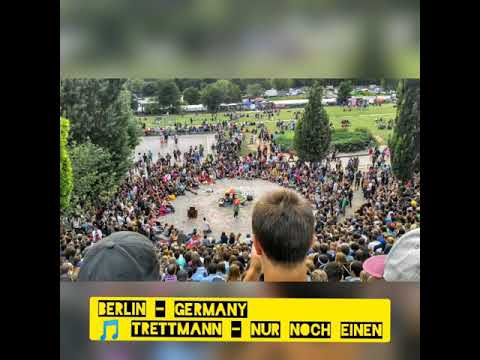 Berlin is a place full of surprises! Venture off the tourist path and you find a place as un-German as the German stereotype! It’s a place that although amazing, is far away from the German efficiency and order you may expect. Berlin has an anarchist feel to it, protests are a weekly or daily occurrence and can be anything from promoting racial equality to a protest on your freedom to express techno music. The Berliners love their Techno music (Be warned). There is a carefree, happy go lucky vibe to Berlin which seems to seep creativity. The famous Hipsters of Berlin know they are somewhere special as right now it truly feels unlike anywhere else in the World. The hedonistic openness of Berlin is truly inspiring. And it is cheap, for Europe, very cheap.

For all of Germany’s recent economic success, Berlin is struggling, without a real industry, and possibly still held back by its post wall divide it is heavily subsidized by the rest of Germany. What this has meant is that prices are a lot lower here than in the rest of the country and Europe. Government initiatives have looked to kick start the economy here with favorable incentives to business. Mainy of which being online-based. This has attracted a crowd of young, smart, stylish, and creative potentials. Both online and offline expected superstar artists of the future! Berlin is superb and unique for start-up businesses and those working remotely. There is a never-ending supply of coffee shops geared for those with Laptops. The young community brings you inspiration… This multicultural city seems to be an absolute hub for foreigners who are pouring into Europe’s center in hope of a lucky break. Unfortunately, the truth is that work in the speak of physical jobs are very hard to come by in Berlin and if you do not speak German you have very little chance of being employed. Therefore many of the people who arrive here either stay for a very short time or become involved in the vibrant start-up scene instead. Berlin’s start-up scene is often described as the start-up capital of the world and this is a controversial but somewhat valid statement. However, when you delve a little deeper it becomes interesting… Berlin as a state is one which is surprisingly struggling and although situated in a country which is absolutely booming and famed for its hard work and competence… Berlin, in fact, has none of this; Industry and manufacturing are almost non-existent in the German capital. Thus the German government is looking for ways to spark industry into life! An attempt to do this is via the online World, generous grants are available to businesses of up to about the 100k Euro for promising online start-ups! These have seen many entrepreneurial groups of friends apply for these directly after study, choosing to set sail on a start-up adventure rather than going into the wilderness of eternal employment. Now although many a start-up does succeed, the facts must also point to Berlin as being the Start-up failure of the World too! As just as many of the people who seem to apply for these grants, there seems to be an equal number to state they tried with their grant and failed. It seems that Students just leaving university with a good idea and a pot full of cash are not necessarily the best candidates to start a thriving new economy. All that being said some do succeed. SoundCloud, a thriving online music business, had some of its initial roots seeded in the German capital!

All in all, Berlin is amazing! It is the center of Europe almost literally! It gives an incredibly high standard of life for little costs… but for those who really want to get settled down to work or set up businesses from scratch, there may be a few too many distractions that make real success here a challenge. But if you are determined and focused this is one of the best places in the World to work on your Digital Nomad adventure!

Berlin has a huge Turkish community. So huge that there are actually more Kebab shops in Berlin than in Istanbul!