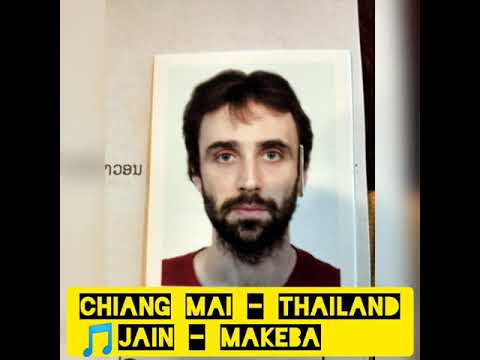 What makes Chiang Mai so Popular?

Chaing Mai is arguably one of South East Asia’s best-loved cities for both those in search of the real Thailand or for the growing Digital Nomad, location independent community. Thus leading to an influx of foreigners who now reside in this ancient city with upgraded mod cons. Perfect for the more of the tourist trail seeking visitor. Safe, laid back vibes, exotic tastes, ‘a million temples’, friendly smiles, anoverlooking mountain, narrow palm treed streets, and sunshine await (along with Air-Con when required!). All in all, this makes for a hugely appealing destination… For those who stay longer good and abundant internet connections await with a high standard of western living and accommodation. All at a fraction of the western cost can be found here (about 75% cheaper than London!).

The Aura of Chiang Mai…

Thailand’s second city is nestled deep into Thailand’s routes. Found in the north of the country, where life has dropped back a gear or two! Sat beneath a small mountain and the last point of the Himalayas Chiang Mai is a beautiful and heart-warming place. Picturesque, historic and some would say sacred. All that you would expect from a remote distant Thai city. However, although filled with temples and isolated from the mega-metropolis of Bangkok, Chaing Mai does have a young heartbeat. The Universities, the wealthy elite, and seemingly positive Governmental policies in this region have bought a sense of prosperity to the area. The city boasts shopping malls, supermarkets, a gazillion internet cafes, and a semi thriving nightlife. It is a fairly unique place. One with a true flip of the coin from the bustling city to laid back village feel. A night out followed by a morning in a hammock on route to an icy air-conditioned Internet Café, office, or to a mountain jungle getaway is not too difficult to conjure up here.

A City of Many Faces – Adventure, Mod Cons & Productivity!

Filled with a full range of upmarket Hotels and condos to outer city houses or inner-city guesthouses and hostels. Street food to fantastic restaurants, workout parks, and city gyms. There is something for everyone here. Explorers, Adventurers, and Digital Geeks sit side by side with laid back yoga and meditation fans in search of their own modern-day hippy trail stop. It is also the center for many of the NGOs working close across the border in Burma (Myanmar). They say you come to Chaing Mai for a day and stay for a week, you come for a month and stay for a year! It really is an amazing place!

Weekly Chiang Mai market where you can find a selection of goodies including edible insects. Perfect place for those holiday gifts insects or otherwise

Once a year and in the height of summer Chiang Mai’s chilled out vibes evaporate as Songkran (a Buddhist Festival) and Thai new year bring the passage to the Worlds largest and most intense water fight! The festivities engulf the whole city and celebrations last anywhere from 3 to 5 days!